Today is a BIG DAY for me. WHY? Because I’m comin’ out baby! No. I’m not gay. If I were, I would have been out decades ago.

When I started blogging a little over year ago, it was because I loved writing and my son suggested I write down some of my goofy dating stories. Then I came up with the title, nanodating.

I didn’t celebrate my one year anniversary because I quit posting for about 6 months. I have fallen in love with writing and the whole blogging experience. So it’s been tearing me up that I’ve left out a few things for fear of repercussions.

First of all, you need to know that everything I’ve written is the truth except for my name and the names of my partners. Why the pseudonym? Because I quit my business and I’m trying to launch a singing career. I was afraid that some of my stories may effect my ability to get work..

I had a client of well over 20 years that ignored my advice and messed up pretty badly. When they suffered financial losses as a result, they tried to bail on their financial obligations to me. It was truly a David and Goliath situation. (I’d LOVE to give you their name, but I can’t as part of a settlement agreement. They are a massive company with worldwide name recognition.)

The kicker is, I had the stone that could have taken Goliath down BIG TIME! I didn’t go to the press, because it may have had staggering effects on a lot of jobs. It would most likely would have disrupted the public’s trust. I’m not a destructive person.

They made my life hell for 8 months refusing to pay the money owed. I am a single parent with a kid that has type 1 diabetes. Health insurance for the two of us was the equivalent of buying a nice midsized car every year.(I did eventually lose health insurance and my son is now covered by my ex. I am grateful to be enjoying good health.)

In that time, my heart was shattered. I trusted these people so much that I worked without a contract for over a decade. I always took my work very personally. which is why I excelled at it.

“Who walks away from a job this big?”

Funny thing about that…when you work with a client for well over 20 years, they have no idea how you work the magic. Once you’re gone, you’re gone. I could do that contract in my sleep. As for quitting my biz, I have NO REGRETS about that. Too much had changed. Which brings me to the next piece…

Prior to this incident, I was in my car when I was rear ended by a drunk chick who was out celebrating her birthday. I received a torn rotator cuff and a concussion. Did you know that women over 50 suffer the greatest impact from a concussion? Must be from all those years of over thinking. Our brains are so full, there’s not much room for dents and dings.

I was messed up and it was insidious. I had to ask my assistant to write me schedule of what to do from the time I awoke to the time I went to bed. I was suddenly having difficulty completing the simplest of tasks and retaining things, when previously I used to dazzle my staff at the amount of client information I retained, including statistics.

My personality changed and my client was able to take full advantage of my sudden inability to call people out. I’m Irish for Chrissakes! We seldom back away from a fight! I had trouble sleeping and became very ADHD! I actually spent a fortune keeping my office open for 8 months but never went in.

It was finally a psychic who told me to close my office. “Did the cards tell you that?” I asked.

“No. It’s clear your heart isn’t in it! Stop the bleeding. 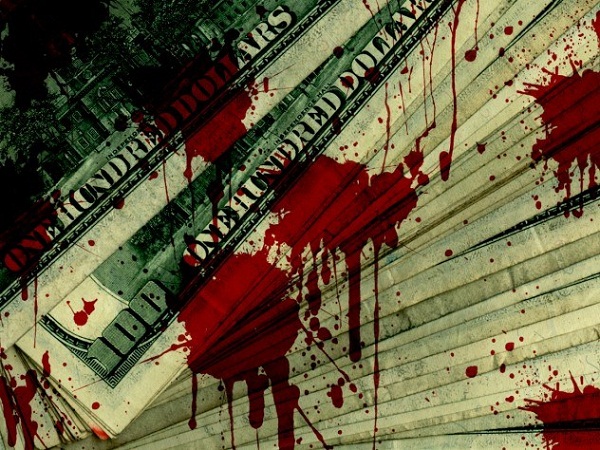 The business is in your head, not your office furnishings. Why aren’t you singing? You love to sing! I’ve heard you sing and you’re great.” She Replies.

As Liza Doolittle sings in MY FAIR LADY, “All at once my heart took flight!”

I got in touch with my voice teacher (after 2 decades) to get back in shape vocally. I also began to work with a jazz pianist, who I found through my friend Edward, (a sax player I met on POF). I worked with them for 8 months and it was money well spent.

I consider myself extraordinarily lucky and blessed to have “the wind at my back” with the unaltered love, support and encouragement of my son, Mike, and my dear friend, Mike. Mike is a knight in shining armor. Not sure what his day job is. : )

They’ve believed in me at times when I faltered and wanted to give up. While others have been supportive, most have faded into the periphery for one reason or another. I imagine they’ve grown weary of my journey and would like to see me “Get a real job’”.

Kathryn (the psychic) was right. My heart wasn’t in it. I made no attempt to renew other contracts. (BTW, she’s really good. She even predicted the settlement amount.) I felt so betrayed. (I know that sounds naive. But it’s that same naivete that caused me to go the extra mile with both my clients and staff, creating a successful business.)

Very, very rarely in my 29 years of business did I have a client refuse to pay me. The last time it happened, I dropped a house on them, yielding not only immediate results, but another 10 years in business together.

The fact that I could have blown the whistle on this Goliath and didn’t even use that to my advantage, is proof that I was impaired. I allowed them to lead me around by the nose and I settled for less than was owed, but more than they wanted to pay. I just closed the door and frankly haven’t set foot in a theatre since. My company raised close to $100 million in subscription revenue for theatres. I think it’s safe to say I used to be a fan.

That being said, had I not received a concussion, I might still be in business and would have no idea what blogging is all about. (Incredible to think that I was in the business for 29 years, and never had a website! Pretty silly.)

At my accident deposition the opposing attorney grilled me about my singing career even down to asking how much money I made singing and whether or not I had a website or youtube channel. Relevance??

I gave up a lot to pursue singing again because I love it so much. I’ve even hocked jewelry to pay bills. 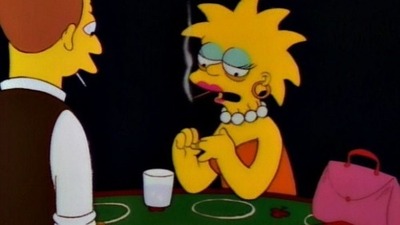 (That’s a story in itself. Never saw that coming.)

I’ve been scared that having written about a few sexual exploits (albeit, after 12 years of celibacy), might impact my ability to get work. I think my the nature of my show “Nanodating” (Davenport’s Cabaret Chicago) may have caused me to lose a job offer.

If you read much of my blog, you know I tend to say what I’m thinking. Which is why it’s been killing me to hide behind a pseudonym!

When I asked his opinion as a working musician, Edward said, “Nothing is static anymore! The world has changed! Just do it!”

That being said, the name Blossom came from one of my favorite singers, Blossom Dearie. “Brouillard” means fog in French. I used to do a show decades ago about a character I created named Julie Fogg. I thought I’d bring her back in some small way.

Don’t get me wrong! None of this is to portray myself as a victim. If anything, I don’t even see myself as a survivor. I’m a “thriver”! I’m also changing.

For years I lived in a constant state of fear. Fear of losing so many things that are now long gone. I refuse to let fear run my life any longer. I don’t take things for granted the way I once did.  I’m so grateful to be blessed with my son, some extraordinary friends, my health, my intellect and my talent. That’s just for starters.

When I think of so many who are oppressed or who live without hope or curiosity, my situation pales by comparison. Maybe that’s why I’m happier than I’ve been in years. I’m able to focus on what I have and not what I lack. I’m also I’m utilizing my creativity, which I believe I was born to do.

My mom was forever admonishing me to be more aloof. No doubt, if she were alive, all this TMI stuff would have surely killed her!

I recently came across this picture that was taken when I was in college. (One of the only ones I have.) It blew my mind!

Back then, a friend of mine (a costume designer) told me I was fat. And I thought I needed a nose job! I wish I know then what I know now.

I DON’T WANT TO BE SAYING THOSE SAME WORDS 10 YEARS FROM NOW! When am I going to stop living in fear of what others think and just live?

If this connection impairs my ability to get work or has a negative impact, then at least I’ll have been true to myself. (Although, behind every negative, there is a much greater positive waiting to reveal itself.)

I LOVE writing and singing and have NO intention of giving up either one. Even if it means I have an audience of 10!

I believe in my heart that all the weird crap that has gone down in the last two years, was to put me on this path. I hope you’ll continue to read my blog. I’m sorry for not being totally honest and hope you can understand and forgive my paranoia.

That being said, please allow me to introduce myself. My name is Julie Butler Chanteuse. (Mom nicknamed me Mme. Chanteuse. I’m keeping it!)

Thanks for reading this. I’ll sleep better tonight having gotten this monkey off my back. I also want to give a shout out to my fellow bloggers for inspiring me by their bravado, Sharn at Spankalicious and Linda O’Grady at Expat Eye on Latvia

Also David Hooper, author of the book “The Six Figure Musician” and the blog Big Bold Impact His ingenuity, generosity (sharing his incredible marketing knowledge) and support to a total stranger is unparalleled. And Keith Grant, KG Jazz in the Lab  who graciously had me on his internet radio show twice and has put my music into rotation! (Check them all out! They’re great!)

This bell can’t be un-rung! So please wish me luck! This is my most recent picture. (I’ve put on weight since this was taken a little over a year ago, but getting it off again is part of my mission.) 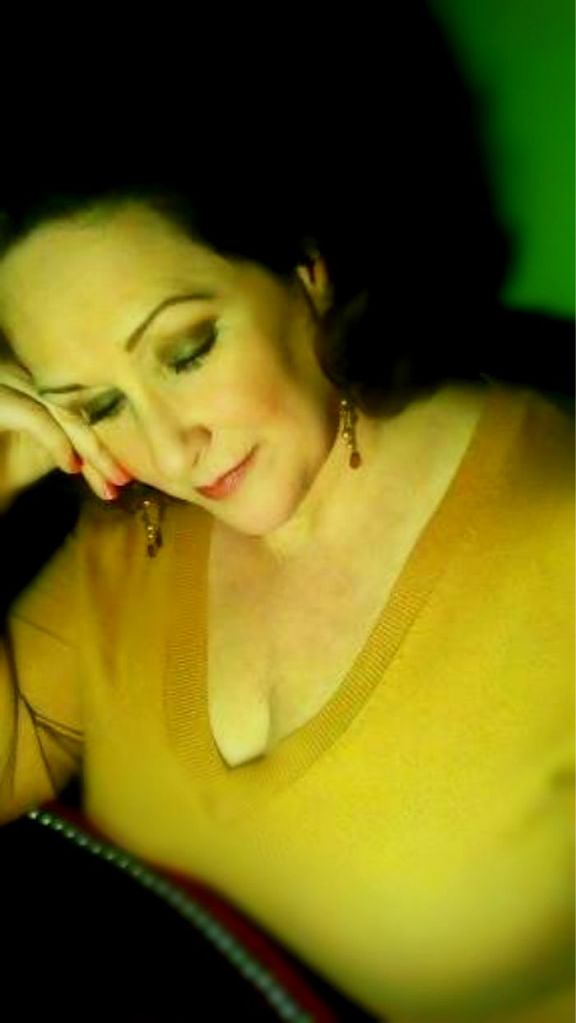 I’ve been creating all these outlets for myself, in an effort to be seen and heard (inspired somewhat by David”s book). So if you’re curious, google me! There’s all kinds of stuff out there including a couple interviews on KG Jazz in the Lab.

And now…one of my favorite voices in music today, both artistically and vocally.

Thanks for reading this lengthy piece. Please feel free to share it on twitter, fb, etc. I may lose a few readers and would always love to get more

11 thoughts on “I’m COMING OUT and LIVING OUT LOUD! (Long post ahead…)”