I must apologize in advance. This is a very long post.

This morning I woke up feeling like Cinderella, having ditched the glass slippers. Perhaps I’m too literal, but I always thought that glass slippers would feel like an instrument of torture. (Much like 5 inch stilettos.  I think it’s a plot to slow women down.) 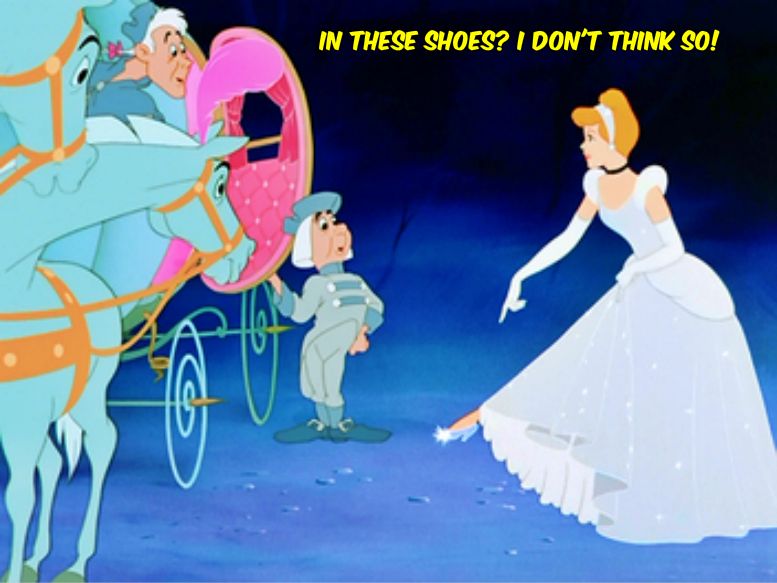 Mike and I had a long chat last night, via text. I also had a chat with my son,  also Mike, last night.

The upshot is, no, I’m not crazy. (At least not about this.) Evidently,  the closer Mike became,  the more I was relegated to the “friend zone”.  He said the friendship means far more to him than any romantic relationship ever could. That our lives had gone in very different directions. He’s right about the different directions anyway.

Although it was a bumpy ride that landed me here,  I’m delighted to be here.

Like the aftermath of a plane crash, I’m trying to find the “black box”.

Mike said I was like a long lost BFF from his youth. That struck a chord with me. I thought the reason I clung to the memory of him all these years was that was my very first orgasm. WRONG! Upon further examination, it was something far deeper.

I was at Culver Military Academy for the summer theatre program, and he was working in the theatre department when we met. I thought he was cute.  But there was more to it than that.  We were kindred spirits. Both of us loners and a little geeky. OK. Maybe… alot geeky. We also happened to have raging hormones with little to no knowledge whatsoever about things of a sexual nature.

When I went to CMA I was I’ll prepared for how militaristic it was. I just wanted to do theatre all summer. It was that or Interlochen. But my best friend was attending Culver, so that’s where I landed.

We had drills every morning, weekly inspections, etc. I became something of a target to some rather butch young ladies who often threatened to beat me up because my uniforms arrived about 8 days late.  Mom blew my mind by shipping me a box of clothes direct from Saks Fifth Avenue, to wear in the meantime, including evening wear for our semi-formal and formal dances every week.

My dorm room was a veritable boutique on dance nights,  as I loaned out my dresses to friends and once to the lead bully to get her thugs off my back. I even did her makeup! I’m inclined to get nervous or shy at big events, (unless I’m hosting.) I only went to one and a half dances , preferring to sneak off to be with Mike.

He was not allowed to have contact with the students, in spite of the fact that they were his age. That’s messed up. Reminds me of Shirley Temple in “The Little Princess”. He would become a student there in the fall.

Life on campus was strict in that, you were not allowed to leave campus without your parent or a friend’s parents. It was very strictly enforced.

Parent’s Weekend was a BIG deal. You got to leave campus and go out for dinner, and did extended drills out on the parade field. I’m not sure what I looked forward to more, going off campus with Mike and my parents or seeing the look on my their faces when they saw me doing drills in uniform!

I was never to see that look. That morning I received a letter explaining that they were not coming. They decided to take “the family” on vacation to Bermuda that week. “The family”…so what am I the house pet?)

I was crushed! Although, it wasn’t the first time this happened. When I was 10 at an all girls catholic camp, I received a similar letter on parent’s day, only this time the “family vacation” was to Disneyland. Hmmm… small wonder I’ve often felt like odd man out in my family.

After dress parade everyone found their parents. I felt lost in a sea of happy kids eager to be sprung from campus. Every kid had at least one parent there. Was it so difficult for mine to show up? As I made my way towards my dorm, my head was down because I didn’t want anyone to see me crying. I was embarrassed, hurt and angry. I didn’t want some kid’s parents feeling sorry for me.

As I approached the quadrangle, the crowd began to thin. (The student body consisted of 800 boys and 200 girls.) I look up and who do I see? Mike. He was standing there in a pale yellow polo shirt. I explained that we would not be going out after all as mom and dad were a “no show”.

I have no recollection of what we did that day and evening other than he became like the family I wanted and frankly, felt I deserved. He looked out for me and made me feel better at a time when I felt totally abandoned. I’ve been enamored ever since. He has an enormous heart!

We were there for each other. Which explains why he still had a box of mementos 37 years later from that summer and why I named my son with him in mind. We were always meant to be together. I just got confused as to the nature of the relationship we were meant to have.

I loved him. He came back into my life after my divorce and move back to the city when my son was off to college. I needed someone to love and to feel loved. I was resigned to never having that again. So I dove in head first.

Mike had just picked up stakesand moved after dumping all of his friends who lead to self destructive behavior. He was also alone.

Trusting and caring for one another came naturally, in spite of 37 years apart, as though we hadn’t skipped a beat. So when he kissed me, I took it as a sign of romance in our future.

I found my “black box” with the answers.

A beautiful, dear friend of mine, Trisha, recently gave birth to the most angelic looking little girl I’ve ever seen. She and Tom are “over the moon” happy. I couldnt help but be reminded of the romance a mother has with her child. It’s totally unexpected because you can’t conceive of it until it happens. I still adore my son and he’s 24.

It feels indestructible. It’s a deeper love than you ever knew you were capable of. Admittedly, I don’t have great knowledge of sibling love, but I imagine it’s deeper than that and deeper than fragile romantic love. It’s an intrinsic bond. That’s what I feel with Mike and I’m so grateful for it! He’s right. This is much better than romantic love and it’s likely to last much longer.

I do have one tiny problem however, which I discovered this morning. I need to purge him from my “fantasy database” where he’s been a star player for quote some time. Now it’s like having a “pop-in” by your big brother!

So what do Cinderella’s glass slippers have to do with all this?

Mike is from a fairly well known family. I didn’t know that when we first got back in touch. When we were kids, his family was not as famous as they may be now.

When I found out in the beginning, when we were still planning to date, I was afraid they might investigate me to see if I was “suitable”. It’s not like I have a sordid past or have ever been arrested. (I did run bare-breasted on a dare at an outdoor Steely Dan concert. But I was running to the car, I was young and high and my breasts were perfect.)

I kept trying to squeeze myself into this tight little mold of what I thought would make him take the leap. But I don’t have a poker face. So it ultimately resulted in me second guessing my every move. That’s Exhausting!

That’s why I felt like the slippers are off. Thank God!

As far as our friendship and my future in general goes, I feel like Forest Gump. I’m probably going to start dating again, if I can find the time. Only this time, there’s a clear field ahead. No Mike lurking in the background or foreground.

I apologize for this long post. I doubt if anyone has made it this far. But it’s a big day for me. So I want this as a matter of record for myself, if nothing else.

And now without further adieu, if my life were a musical, this would be today’s big number! I’m dying to learn this song.