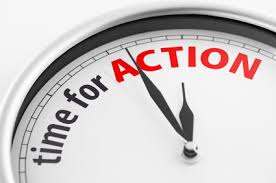 Yesterday was my deadline to renew my blog. I was really torn, because I really couldn’t afford it.  I’ve also not been writing much because I’ve been working day and night on an upcoming project which is very time consuming, which I also love.

I was pretty upset about my predicament because I love writing and I’ve become quite fond of some of my fellow bloggers.

I mentioned it to my best friend, Mike, and he swooped in and gave me the money to renew it.

I’m in love with this man beyond my wildest dreams. It’s funny, I imagine most of my friends are probably rolling their eyes at how nuts they think I am for being so in love (after all this time) with someone who doesn’t seem to return my feelings. It didn’t help that I’ve also given up my job to pursue this dream to sing again. Can’t say I blame them for thinking I’m a bit off.

If the woman I was three and a half years ago, met me today, I’d probably think she was crazy too!

The first being, there was a time when ninety-nine bucks was not a lot of money to me. While it doesn’t go far today, it means much more and goes much farther than it did when I had my business. I think it’s cool,  that I have a better appreciation for dough. Although… I’ll never be cheap. (I don’t believe in it.) Frugal? Maybe. Resourceful? Absolutely. Cheap?  Never. Life is too short.

The other thing?  To be clear, he and I are NOT lovers. I am in love with him, BIG TIME! I think he knows. He’s been informed on more than one occasion, although occasionally I tried “covering my tracks”, by claiming it was only a crush. He’s a smart man though I’m sure he connects the dots.

So why is this news? Because I think I’m learning a great deal about love.

I know he loves me, he just isn’t in love with me. He’s made it clear that he doesn’t want or need that in his life. If that were to change, I’m not sure I would ever know.  Here’s where the eye roll might come in…

It doesn’t matter to me! I still love him. I love him so much, I want him to be happy and if he thinks that being with me would not achieve that end, then it’s his right to be wrong! Lol. So be it. He would know that far better than I. 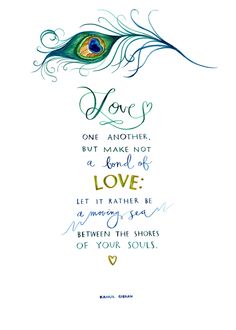 And here’s another kicker, I’ve come to realize that love isn’t about “who’s on first”, or hurt feelings or drama or jealousy. It’s not about posessing another person. It’s about fluidity. It’s about wanting great things for that person and wanting to see them happy. Clearly, there’s more to it than that.

I used to get jealous and hurt because having made a bunch of new friends, for a while he stopped calling and texting as often. I was wounded. But these friends make him very happy, so I’m happy for him. He spends a great deal of time helping others, he deserves this.

In feng shui, it is believed that it is most auspicious to build your house with a mountain at your back. He is my mountain. He accepts me the way I am, flaws and quirks included. He’s my greatest supporter and oddly enough, he’s usually always right about things. It’s uncanny!

I want him to be happy, because oddly enough, being in love with him has made me very happy. It’s taken me a long time to say that, because god knows I’ve shed more than a few tears where he’s concerned. But I think I may have wanted to possess him on some level. I think that is a common misconception of love. Needing to know you’re number one, etc. It’s bullshit and will blow up in your face eventually, because I don’t think that’s not how it works.

Although, he never says it, he shows me in more ways than I can count. I know he loves me and I feel myself blessed for that.

I haven’t seen him in about 2 years and I’ve pretty much learned to accept that as well.

I’ve always believed  it has something to do with the last time he visited. When we watched “Bridesmaids” in my living room, I sat huddled at the far end of the sofa, because I was paranoid that the closer I sat to him,  the more he would sense my desire to simply touch him and burrow into his broad shoulders. It was intense. I didn’t trust myself. It was like a cartoon, only both the angel and the devil on my shoulder were telling me to make a move. I was a coward.

There was no way that was going to happen! He’s probably the most virile, intense guy I’ve ever known. (OMG the intensity drives me crazy! If I ever got intimately close to him…watch out!) I’m the moth to his flame. I think he may know that.

Besides, I couldn’t risk crossing the line. If he shot me down, I’m not sure I would have gotten up again. Nor would I ever want to jeopardize this friendship which is so dear to me.

I’ve FINALLY learned to LET GO and accept it for what it is. Life is far too precious for anything less. For that I’m exceedingly grateful. I’m also THRILLED to still have my blog!

THANK YOU MY SWEET WONDERFUL FRIEND! (My son thinks I should leave your name out of this.)

I can’t wait till after my video project comes due on October 9th, when I can really get back to writing and reading!!

But WAIT! It gets CORNIER…

17 thoughts on “It’s Official! I Have My Blog for Another Year!”